Barbara Walters On Why Clippers' Donald Sterling Bailed On Interview 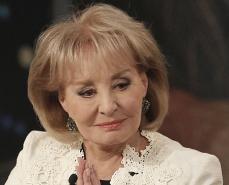 On Monday's edition of 'The View' Barbara Walters said she thought she had an interview with Donald Sterling lined up last week but the Los Angeles Clippers owner cancelled at the last minute.

Sterling hasn't spoken about his racist comments or the punishment handed down by the NBA since they were made public.

Walters said Sterling's girlfriend, V. Stiviano, was eager to talk but the Clippers owner kept changing his mind. The interview aired Friday on 20/20.

Sterling was banned for life from the NBA last week. He cannot attend any NBA games, practices, be present at any Clippers office or facility, or participate in any business or player personnel decisions involving the team.