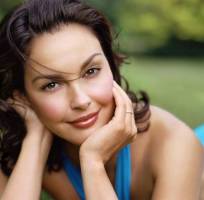 Ashley Judd is calling for attention against "everyday sexism" at the airport.

This after the 49-year-old actress claimed she encountered an airport security employee that behaved inappropriately.

"This is the kind of thing to me that happens which I categorize as everyday sexism," she said.

"And it is so easy to let it go and not to speak up, particularly when it is so easy for someone to push back and say 'Oh, I was just being polite.'"

"So I was coming through security and a guy said 'Hey sweetheart', and I said, 'I'm not your sweetheart, I am your client.' So I was already setting a boundary."

"When I was setting my things out, he said, 'Hey nice dress!,'" she explained. "I didn't hear him say anything about the attire of any of the other folks in the entire line and I am in one of the most traveled airports in the world."

"I'm surrounded by lots and lots of other people dressed in lots of different kinds of dress."

"I was speaking with one of his colleagues, she was saying, 'Do you have high heeled shoes,' and then guess what happened next? He touched me. I didn’t see him touch anybody else. And I turned around and I said, 'That was unnecessary.'"

"By that time, you know, my skin was burning, my feet are burning. It's so hard to continue to set these boundaries when someone continues to push. And then for good measure, he just said one more time, 'have a good day sweetheart.'"

"My intention is to put principles above personalities. I'm not here to be controversial. I am not here to be combative. But I asked for a manager, and I introduced myself and I shook his hand and I explained my situation."

Judd said the manager eventually apologized and she should've been addressed as "sir and madam" and not touch anyone.