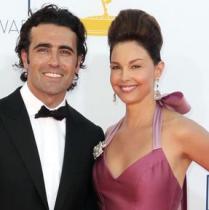 Ashley Judd and her race car driver husband Dario Franchitti are splitting up after more than a decade of marriage.

"We have mutually decided to end our marriage. We'll always be family and continue to cherish our relationship based on the special love, integrity, and respect we have always enjoyed," the 44-year-old Judd and 39-year-old Franchitti say in a joint statement.

Last year, Judd starred in the ABC series 'Missing'. Franchitti, after a slow start to the season, won the Indianapolis 500 for his only win of the season.

The couple tied the knot in December 2001 after being engaged for two years. They don't have any children together.