Arrest After $3 Million In Jewelry Stolen From Drake Tour Bus 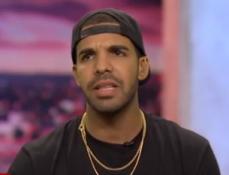 A man has been arrested after $3 million in jewelry was stolen from Drake's tour bus.

Phoenix police have recovered the jewelry that was taken from the tour bus being used by the 'Hotline Bling' singer.

A 21-year-old named Travion King has been booked into Maricopa County Jail on a burglary charge. Police said the lead came from surveillance footage in downtown Phoenix.

Interestingly, King was already in jail after being arrested for trespassing Wednesday morning near Arizona State University.

It didn't take long for police to locate the missing jewelry.