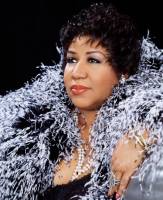 If you took the over on the length of the national anthem before the Lions and Vikings Thanksgiving NFL game, you would've won laying down.

Aretha Franklin, the 74-year-old Queen of Soul, gave a rendition of the national anthem that lasted nearly five minutes. The average time allocated for the anthem is around two minutes.

One viewer joked on social media that "Kaepernick would've developed arthritis in his knee for kneeling so long if the 49ers were playing while Aretha Franklin sang the anthem."

Another laughed that "Due to the length of Aretha Franklin's national anthem... Both teams have to warm up again."