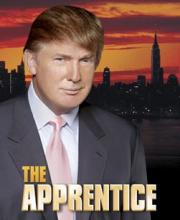 Former 'Apprentice' producer Bill Pruitt is blaming the show for the election of Donald Trump.

In an email to Vanity Fair, Pruitt, who worked on the first two seasons, says the reality series helped convince people Trump was more successful than he actually was.

"There's a larger issue at hand: non-fiction or 'reality' television has obviously become a huge force in shaping the minds of the populace," he says. "The Apprentice contributed to that."

"Clever producers were putting forth a manufactured story about a billionaire whose empire was, in actuality, crumbling at the very same time he took the job, the salary, and ownership rights to do a reality show."

"The Apprentice was a scam put forth to the public in exchange for ratings. We were 'entertaining', and the story about Donald Trump and his stature fell into some bizarre public record as 'truth.'"

"It's more than just about lewd, lascivious behavior, and narcissism on set," he says of Trump. "It's about a complex global system that uses the media to construct its allies and to sway the populace to move like lemmings toward the ballot box."

"We are masterful storytellers and we did our job well," but he adds he never thought that "this clown, this buffoon with the funny hair, would ever become a world leader."

The four-time Emmy winning producer, whose also worked on 'The Amazing Race', says perhaps reality shows now have a responsibility to inject a dose of reality.

"Now that the lines of fiction and reality have blurred to the horrifying extent that they have, those involved in the media must have their day of reckoning. People are buying our crap. Make it entertaining, yes. But make it real. Give them the truth or pay the consequences."