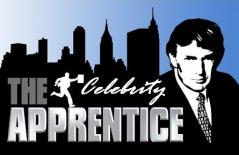 Fourteen celebrities will return to 'Celebrity Apprentice' for an all-star season of the show.

), Lisa Rinna, Omarosa Manigault and Gary Busey just to drive the other contestants up the wall.

"They're all very smart, and I think they learned a lot from their last go-around," says Trump. "This time, some of them will change their game to fool their rivals - some for better, some for worse."

"There's a different energy with this group," says Henner, who starred on the sitcom 'Taxi' from 1978 to 1983. "Everybody has been through it before so everyone knows what to expect We know each other's strengths and weaknesses because we've seen the show. I think everyone is here to have a great time and to support their charities."

The winner will collect $250,000 to donate to his or her chosen charity.

Meanwhile, former winners Joan Rivers, Piers Morgan, John Rich, and Arsenio Hall will return as advisors in the boardroom. It's curious why Michaels decided to compete instead of returning as an advisor as well.

'he Real Housewives of Atlanta's NeNe Leakes turned down a second stint on the show because "it was hard as hell and a grueling-ass schedule."

The series starts filming the new season next week for a March 2013 premiere.