Another 'Spider-Man' Actress Sidelined After Injury 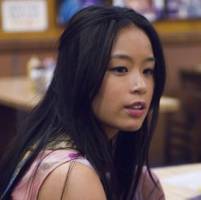 T.V. Carpio, who stepped in to replace an injured actress in the 'Spider-Man: Turn Off the Dark' musical, has now herself been sidelined after an accident on stage.

Carpio had replaced Natalie Mendoza in the role of Arachne, who sustained a concussion when a heavy piece of rope came loose and hit her on the head backstage. She is the fifth person to be hurt since last fall.

"T.V. Carpio sustained an injury on Wednesday, March 16 during an onstage battle scene with a fellow actor," says a show spokesperson. "On doctor's orders, she will be out of the show for the next two weeks."

The 29-year-old actress had a major role in the second act with six songs. She appeared as a goddess of all spider powers who wants Mary Jane's boyfriend Peter Parker for herself.

In February, Carpio insisted that she felt safe because she was a trained trapeze artist.

"Here I have four strings attached to me at any given time. Each one of those cables I think can carry 9,000 pounds," she said. "So when people ask me am I scared, no."

The latest injury comes two weeks after Julie Taymor was replaced as director and a new creative team was brought in to change the script.