Anna Paquin's Rogue Cut From Final Version Of 'X-Men: Days of Future Past' 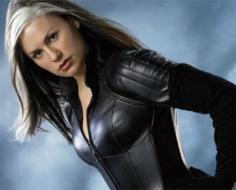 Anna Paquin's return as Rogue has been cut from the final version of 'X-Men: Days of Future Past'.

Director Bryan Singer says he had to remove Paquin's scenes because he discovered they weren't needed.

The film combines the casts of the original 'X-Men' trilogy with that of 2011's 'First Class' with the help of a time-jumping storyline.

"Through the editing process, the sequence became extraneous," Singer told EW. "It's a really good sequence and it will probably end up on the DVD so people can see it."

"But like many things in the editing process, it was an embarrassment of riches and it was just one of the things that had to go. Unfortunately, it was the one and only sequence Anna Paquin was in, the Rogue character was in."

"Even though she's in the materials and part of the process of making the film, she won't appear in it."

Singer clarified it didn't have anything to do with the 'True Blood' actress' performance: "She did a fantastic job. She was awesome in the sequence. She's a brilliant actress. I would work with her in a heartbeat."

"It's very disappointing, but she's very professional and she knows that stuff happens, particularly with material you shoot early on in production. Films evolve."

Coincidentally, Rogue was also supposed to be in Hugh Jackman's 'The Wolverine' at one point but her scenes were cut from that film before any scenes could be shot.