Animation Studio Behind 'Thomas the Tank Engine' Files For Bankruptcy 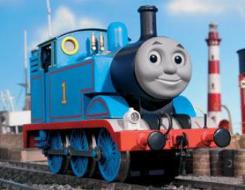 The Toronto animation studio behind 'Thomas the Tank Engine' has filed for bankruptcy protection.

In a letter from Arc Productions CEO Tom Murray, the studio informed the company's 500 employees about their hurdles.

"Despite the very best efforts of management to find a solution to this financial emergency, we have not been able to resolve this matter with our lender."

"I am so sorry that, in spite of all of the efforts, I have been unable to resolve this crisis and apologize for that failure."

Arc Productions animated 'Thomas the Tank Engine'. However, it didn't control the series or many other which it produced for Disney including 'Elena of Avalor' and 'LEGO Marvel Super Heroes: Avengers Reassembled!.

If Arc doesn't get its act together, animated would likely be moved to another studio with little more than a bump in the road for Thomas.