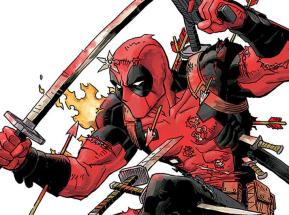 An animated 'Deadpool' TV series is in the works at FXX.

FXX has announced it has ordered a new animated adult comedy from Marvel with Donald Glover and Stephen Glover, the producers of 'Atlanta', serving as executive producers, showrunners and writers.

"With the success of Legion, we're looking forward to again partnering with Marvel Television to create a series that is bold, striking and entirely original."

Marvel's Jeph Loeb adds: "How much more fun could this be? Deadpool, Donald and FX - the perfect fit for the Merc with the Mouth! We're thrilled that our relationship with FX that started with Legion continues with what is sure to be a groundbreaking show in adult animation."

The 10-episode first season is scheduled to debut in 2018.