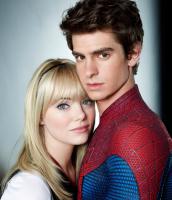 "It's disgusting. 'I have a right to your naked body or images that you've sent to your husband, or lover.' It's disgusting," the 'Amazing Spider-Man' actor tells the Daily Beast.

"There's enough awful s--t coming from it that hopefully we'll get to the point of, 'OK, wait a second.' What's scary is that we haven't reached that point yet, and there hasn't been a referendum put on it."

"The internet is the new Wild West. There's a guy now taking these pictures and putting them up in an art gallery. What f--king right does he have to do that? It's absolutely revolting."