Andrew Garfield: 'I Am A Gay Man Right Now Just Without the Physical Act' 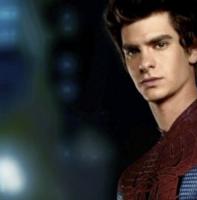 Andrew Garfield is raising some eyebrows after comments about preparing for his character in Tony Kushner's play 'Angels in America'.

Garfield told Out magazine he prepared for the role by watching episodes of 'RuPaul's Drag Race'.

"Every Sunday I would have eight friends over and we would just watch Ru. I mean every single series of RuPaul's Drag Race. I mean every series. This is my life outside of this play," he said. "I am a gay man right now just without the physical act—that's all."

"Maybe I'll have an awakening later in my life, which I'm sure will be wonderful and I'll get to explore that part of the garden, but right now I'm secluded to my area, which is wonderful, as well."

"I adore it, but a big concern was what right do I have to play this wonderful gay role? It was about doing honor, doing justice," he said about playing a character battling AIDS who struggles between his Jewish faith and homosexuality.