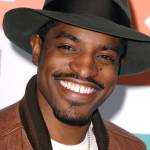 Andre 3000 of hip hop group 'Outkast' has been charged with speeding in a big way on a highway in suburban Atlanta.

Henry County Police Capt. Jason Bolton says the entertainer, whose real name is Andre Benjamin, was clocked driving 109 mph in a 65 mph zone in his Porsche, just after midnight on Saturday.

"Traveling that fast along I-75, you're passing vehicles almost like they're standing still," says Bolton. "And it's an accident waiting to happen."

Benjamin told police he was going so fast because he missed an exit and had to turn around to make a birthday party before it was too late.

As the Grammy-winning Outkast, Andre 3000 and Big Boi have released six platinum albums, including 'Speakerboxxx/The Love Below', which was a double album which highlighted the differences between the two. Benjamin has recently said that he's working on a solo rap album.