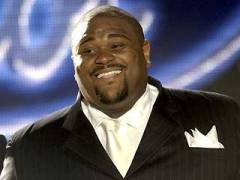 "Ruben and Zuri have gone their separate ways," confirm's the 33-year-old's publicist. The documents filed in Alabama cite "irreconcilable differences" as the reason for the split.

Studdard, who beat out Clay Aiken to win the competition by only 134,000 votes out of 24 million cast, met Surata Zuri McCants in 2006, when he was signing CDs at an Atlanta Walmart.

The two married in June 2008 with 20 groomsmen by Studdard's side so at least the singer will have some a few shoulders to contemplate what went wrong.

They don't have any children together.