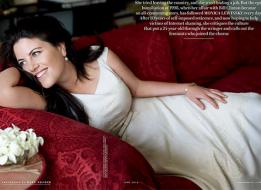 'American Crime Story' will take on the Bill Clinton and Monica Lewinsky scandal in an upcoming season.

Producers for the FX series have optioned author Jeffrey Toobin's book 'A Vast Conspiracy: The Real Sex Scandal That Nearly Brought Down a President', which chronicled the affair between Lewinsky and the then President.

It was also Toobin's book 'The Run of His Life: The People v. O.J. Simpson' that served as the inspiration for its Emmy-winning first season.

The scandal appears to be slated for 'American Crime Story's fourth season. The second season will focus on Hurricane Katrina while the third season will explore the assassination of designer Gianna Versace.

Production on both has already begun and they are filming concurrently.