Amber Tamblyn After James Woods Hypocritical Comment: He Tried To Pick Me Up At 16 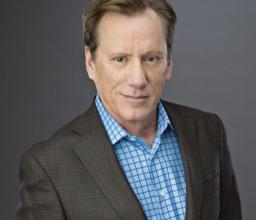 James Woods stirred up controversy after taking a dig at the upcoming film 'Call Me By Your Name'.

The critically-acclaimed film stars Armie Hammer as a 24-year-old professor who falls in love with his 17-year-old male student, played by Timothee Chalamet.

"As they quietly chip away the last barriers of decency. #NAMBLA," Woods wrote on social media, referencing the North American Man/Boy Love Association which advocates for the decriminalization of men being in consenting relationships with boys.

Amber Tamblyn also chimed in with a story of her own, claiming Woods tried to get into her pants as a teen.

Woods soon blocked Hammer and when he asked if Tamblyn was blocked yet, she replied: “Not yet! But now that the attempted grabbed pu**y is out of the bag I'd say he'll block me any minute now."