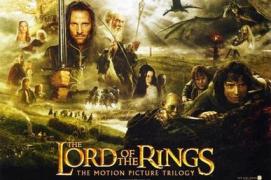 Amazon has picked up the TV rights for a 'Lord of the Rings' series with a multi-season commitment.

Amazon Studios is teaming up with the J.R.R. Tolkien's estate, HarperCollins and New Line Cinema for the project that will take place between the time of Bilbo's adventures in 'The Hobbit' and the events of the 'Fellowship of the Ring'.

"We are delighted that Amazon, with its longstanding commitment to literature, is the home of the first-ever multi-season television series for The Lord of the Rings," says Matt Galsor, a representative for the Tolkien Estate and Trust and HarperCollins.

"The team at Amazon Studios have exceptional ideas to bring to the screen previously unexplored stories based on J.R.R. Tolkien's original writings."

The deal is reportedly worth $250 million. Amazon is banking that the series will turn into its flagship fantasy series like 'Game of Thrones'.