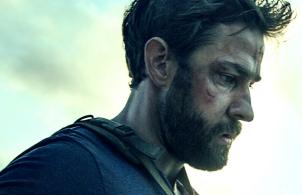 Amazon has given the go ahead to a 'Jack Ryan' series starring John Krasinski.

The action drama series won't be a direct adaptation of the Tom Clancy source material but will instead weave together its own narrative from the various versions of the hero.

After first being reported in May, Amazon has handed the series a 10-episode order. It will follow Krasinski as an up-and-coming CIA analyst who finds himself in a dangerous field assignment for the first time and thrust into the center of a terrorist plot.

"We're excited to add the 'Jack Ryan' global franchise to our robust originals pipeline," says Roy Price, head of Amazon Studios, who describes it as a "compelling adaptation of the action-packed spy thriller book series."

Carlton Cuse (Bates Motel, The Strain, Lost) and Graham Roland (Almost Human) wrote the script and developed the project together.

No premiere date for 'Jack Ryan' has been set as of yet.