Alyssa Milano Wants 'Who's the Boss?' Reboot With Tony Danza As Grandpa 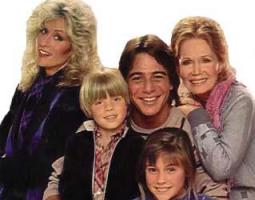 ) was asked about returning to the world of 'Who's the Boss?' now that the 'Fuller House' reboot is in production.

Milano says she would be "100 percent" on board with revisiting the 1980s sitcom which starred Tony Danza as a retired major league baseball player who relocates to work as a live-in housekeeper with his daughter played by Alyssa Milano, for a divorced advertising executive.

"It would have to be a really good script, though," Milano tells the New York Post.

"I think Samantha would have kids and Tony would be a grandfather," she imagined.

The series aired on ABC from 1984 to 1992 and also starred Judith Light, Danny Pintauro and Katherine Helmond. It was top ten in the primetime ratings between for four years during its run.