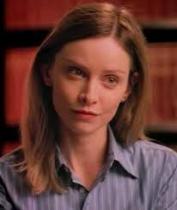 Calista Flockhart has joined the cast of CBS' upcoming 'Supergirl'.

The 'Ally McBeal' star has joined the cast of pilot for the drama from 'Arrow' and 'The Flash' executive producer Greg Berlanti, starring Melissa Benoist as Superman's cousin, Kara.

The role would mark Flockhart's first recurring TV role since she starred in 'Brothers & Sisters' four years ago.

She will play Cat Grant, the founder of a media magnate. Kara will work at her company, CatCo, as her assistant.

Mehcad Brooks is slated to play Jimmy Olsen and Laura Benanti has been pencilled in as Kara's birth mother on Krypton, Alura Zor-El.