All Four Coaches To Return To 'The Voice' Next Season 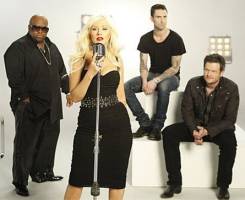 NBC has announced that the four musician-coaches who helped make 'The Voice' a hit, will be back for its second season.

), Cee Lo Green, Adam Levine and Blake Shelton, were integral to the tremendous success of The Voice this year and we are thrilled that they are all returning," says NBC executive Paul Telegdy.

"We look forward to building season two and making 'The Voice' an even greater experience for fans."

The series concluded its first season on Wednesday, crowning as the winner.

The program, which was a major hit for the network which has been struggling in the ratings game, will return in midseason.