Al Roker Oversleeps and Misses ‘Wake Up With Al Roker' 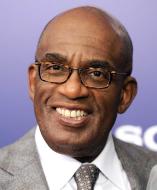 After decades on the job it finally happened, 'Today' show's Al Roker overslept and missed the his 'Wake Up with Al' on The Weather Channel on Tuesday.

"After 39 years, it happened. I overslept and missed a show. Missed Wake Up with Al. But will be on time for Today," Roker said on Twitter twenty minutes before show time.

"My phone didn't go off," the NBC weatherman explained to Matt Lauer, Savannah Guthrie and Natalie Morales. "And somebody said, 'What's your backup?' I said, 'For 39 years I didn't need one!'"

Roker said he stayed up late with his 11-year-old son the night before and "just overslept."

He joked that perhaps his Weather Channel show should be named to 'Al, Wake Up!'.