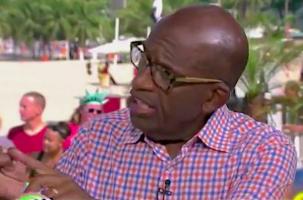 Al Roker wasn't having anymore of Ryan Lochte's storytelling as he debated the Olympic swimmer's story of a robbery at gunpoint with Natalie Morales and Billy Bush.

Bush tries to tread the line and somehow classifies the 32-year-old as a "kid" but Roker doesn't mince words and repeatedly says Lochte "lied."

"He lied. He lied to you, he lied to Matt Lauer, he lied to his mom," Roker says. "He left his teammates hanging while he skedaddled. There was no robbery, there was no pull over. He lied."

Without coming out and saying he lied, Lochte has apologized for his "immature behavior."