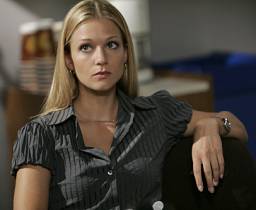 AJ Cook has signed a two-year deal to return to 'Criminal Minds'.

The actress, who plays Jennifer 'JJ' Jareau, had been let go at the end of last season after her option was not picked up "creative reasons." Fans, who believed the move was actually made to financial reasons, criticized the decision.

Paget Brewster was also demoted this season before she decided to leave while Rachel Nichols was promoted to fill the role.

Cook will appear in the Season 6 finale airing May 18.

CBS has not officially renewed 'Criminal Minds' for season 7 but the show is expected to return.

Negotiations with Thomas Gibson and Shemar Moore, who are currently not signed for next year, are under way.