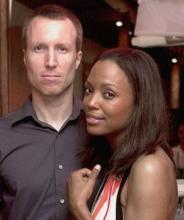 The pair, who have no children together, will divide up their multi-million dollar properties and assets.

"He's the person who has influenced me and cared for me the most," she said on the talk show after the news became public last year.

"In fact, he cared for me even longer than my parents have cared for me and it's very hard when you love someone very much to also start to realize that maybe you want different things for your life."