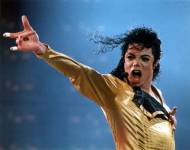 A lawyer for AEG Live told jurors Wednesday that Michael Jackson was the architect of his own demise.

Marvin Putnam said AEG told Jackson there were man qualified doctors in London but the singer didn't want to drop Dr. Conrad Murray, who was giving him Propofol.

"Plaintiffs want you to hold a concert promoter liable for Michael Jackson's overdose, in his bedroom, at night, behind locked doors," he said during his closing argument in the five-month wrongful death case against AEG.

"He made some bad choices and it resulted in a horrible tragedy, but you shouldn't blame someone else for Mr. Jackson's bad choices."

"Make no mistake about this. It was Mr. Jackson, not AEG Live, that chose Conrad Murray. It was his money, his doctor and his choice If he wanted to bring his doctor along with him and his family, that was up to him, and he certainly wasn't going to take no for an answer."

"The sad truth here is that Michael Jackson's death was caused by his own choices."

"AEG Live did not have a crystal ball," he said. "Dr. Murray and Mr. Jackson fooled everyone. They want to blame AEG for something no one saw. AEG never would have agreed to finance this tour if it knew Mr. Jackson played Russian roulette every night in his bedroom. It wasn't going to happen."

His mother, Katherine Jackson, has asked that jurors award her and Michael's three kids $1.2 billion in economic damages and $300 million in personal damages for negligence.