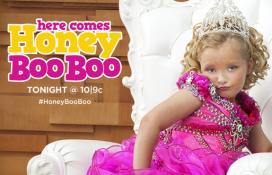 "That show is literally The. Worst. Thing. That's. Ever. Happened."

"It's complete f--king ignorance and the most despicable way to treat your kids," continues the 33-year-old. "F--k those people. You can put that in the magazine: F--k those idiots."

The show has been a surprise hit for TLC, averaging 2.3 million viewers per episode.