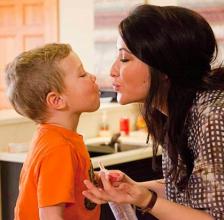 Bristol Palin, who preached abstinence after giving birth as an unwed teenage mother, has said she is pregnant with her second child out of wedlock.

Palin made the revealation a month after her Memorial Day wedding with Dakota Meyer was called off.

"I wanted you guys to be the first to know that I am pregnant," she writes on her blog.

"Honestly, I've been trying my hardest to keep my chin up on this one. At the end of the day there's nothing I can't do with God by my side, and I know I am fully capable of handling anything that is put in front of me with dignity and grace."

"Life moves on no matter what. So no matter how you feel, you get up, get dressed, show up, and never give up. When life gets tough, there is no other option but to get tougher."

"I know this has been, and will be, a huge disappointment to my family, to my close friends, and to many of you," she admits.

Palin was 18 when Sarah Palin was chosen by Senator John McCain to be his running mate in the 2008 presidential election. Shortly after the selection, news that Bristol was pregnant sent shockwaves through the Palin camp.

Not long after she became a paid spokeswoman advocating abstinence and warning against unplanned pregnancies.

"Tripp, this new baby, and I will all be fine, because God is merciful."

She adds, "I'm announcing this news a lot sooner than I ever expected due to the constant trolls who have nothing better to talk about!"