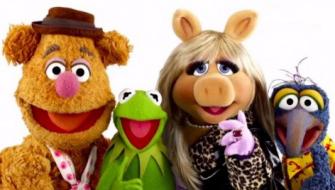 ABC has handed 'The Muppets' a full season order of 16-episodes.

While lower than the typical 22-episode season, ABC says the additional three episodes represent what a typical season of the show would look like.

'The Muppets' hasn't broken any ratings records but is performing steadily for the network in its Tuesday 8 PM timeslot, serving as a lead-in to 'Fresh Off the Boat'.

It ranks as Tuesday's highest-rated new TV show among Adults 18-49 with an average of 7.6 million viewers.

The documentary-style comedy parody series follows Kermit and the gang's personal lives and relationships both at home and at work.