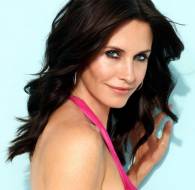 This after the Courteney Cox comedy was missing from the midseason schedule ABC unveiled Friday.

The network says it will return in the spring but the chopped episode order reveals plenty about its intentions with the comedy going forward.

The show has seen scheduling jumps and an uphill battle in the ratings in the first two seasons.

However, the move is the strongest indication yet that ABC may cancel the comedy following this season.