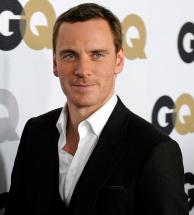 Aaron Sorkin may have some apologizing to do.

In a leaked e-mail from the Sony hacks, the man behind 'The Social Network', 'The West Wing' and 'The Newsroom' makes it clear he's only interested in big names for his upcoming Steve Jobs biopic.

"I don't know who Michael Fassbender is and the rest of the world isn't going to care," Sorkin tells chairman Amy Pascal.

This after Pascal told Sorkin that the studio was interested in casting the 'X-Men', 'Shame' and '12 Years a Slave' star.

In fact, the actor earned an Academy Award nomination for his role as the ruthless plantation owner in '12 Years a Slave'.