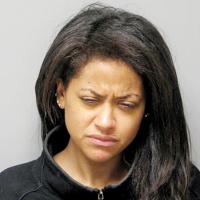 MTV '16 and Pregnant' star Valerie Fairman has been arrested for prostitution.

Police arrested the now 21-year-old in New Castle, Delaware after she agreed to perform a sexual act on an undercover officer in exchange for payment.

She was one of seven women arrested in the sting.

Police said it was setup "in response to numerous citizen complaints of prostitution and other quality of life crimes that have been occurring."

Fairman was the youngest woman arrested. Fans will recall much of her time on the show as spent in fights with Nevaeh, the father of her daughter.